Jumping on the Gin Train: Why GIN is IN 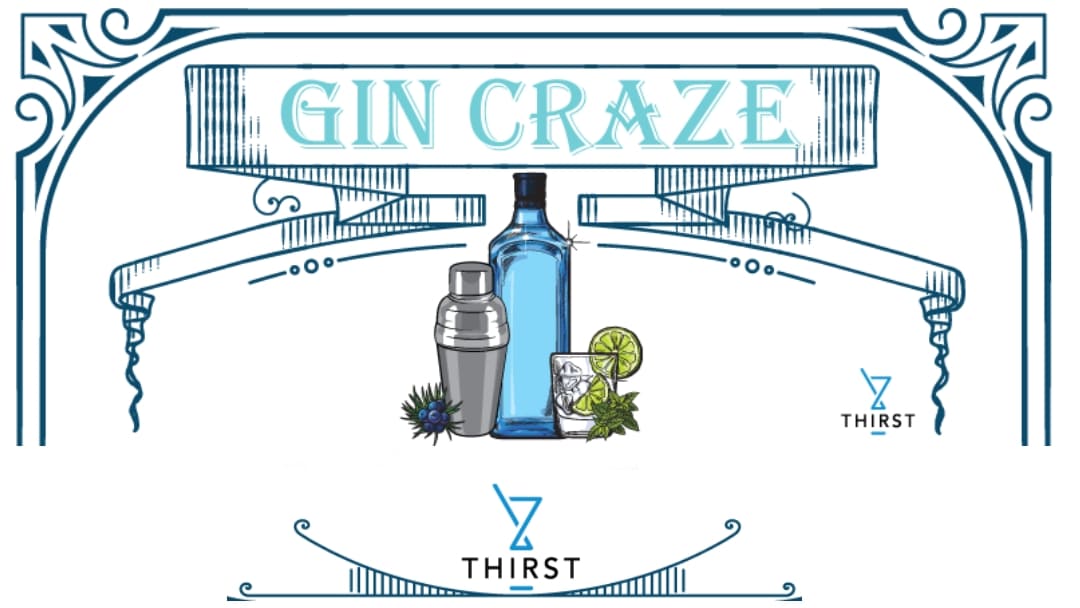 Gin-thusiasts everywhere now have better access to their favourite drinks, following the recent “Gin craze” revival. This newly found Gin appreciation trend is the latest and greatest in the cry for alcohol craft creations.

The short and catchy name “Gin” comes from the sought after drink’s main flavour ingredient – the Juniper Berry. This botanical flavour, along with the mixing and matching of various ingredients can put Gin anywhere on the tasting wheel – from the very common citrus flavours, to the unusual scents of chocolate or caramel.

In 2016, British Gin drinkers consumed approximately 1.12 billion G&Ts. With the local South African market’s appreciation of Gin on the rise, it’s possible that we will soon see close to this number our own soil. So what’s all the fuss about?

If you think a Martini was originally made with Vodka as the spirit of choice, think again. James Bond probably initiated the confusion when Gin’s cousin was his preferred drink of choice.  However, a Vodka Martini – shaken not stirred, is not the traditional mix, but rather a variation of the original. Gin is the key ingredient in the classic Martini, as well as many other cocktail classics. The signature bitter taste makes Gin the standout favourite in drinks like the French 75, Negroni, and the legendary Gin and Tonic.

Gin could very well be the new craft beer. You could get your hands on a unique experience between each small, independent crafter – each with their own style and taste.

The rise of distinctive gin distilleries means that gin now offers everyone a wider range of taste profiles to enjoy.

Attempting to recreate and relive the 1920’s means to live your best, carefree life filled with possibility (and lots of gin, of course).

Our recent attraction towards all things G&T could be attributed to our sometimes undeniable urge to bring back the past. Possibly sparked by the 2013 film release of The Great Gatsby – the glamorous idea of sipping refreshing Gin Rickey’s by the pool during the summer’s hottest days, feels like a necessity.

It seems appropriate that gin be ever-popular in the 1920’s, because the era was also known as the first real cocktail age, and paved the way for that which is the modern cocktail party.

Gin is one of the more favourable spirits when it comes to cocktails, due to its ability to mix so well into different kinds of creations.

It’s all in the mix

If you have only ever known gin to pair well with tonic, you’ve been missing out. There is a whole host of gin recipes to suit the needs of any occasion, from summer to winter, sophisticated to simple.  Some of the best gin cocktails are classics like the:

However, sometimes the best creations come straight from today’s South African Mixologists who put their own swing on each and every drink.  Some delightful mixes include:

SA goes all in for Gin

South Africans have welcomed the gin craze with open arms. There is a wide range of customised gin bars in SA’s nightlife hotspots, mainly in the big cities like Johannesburg and Cape Town.  Other experiences include gin tours, which include stopping by every gin venue and exploring parts of the city you may have never heard of. All in the name of good gin!

With this trend in mind, you may consider gin to be at the forefront of your next event. Your love for gin, mixed in with a unique and memorable experience could be a recipe for success. With the help of a customisable gin bar taken care of by a mobile bar service such as Thirst, you can sit back, relax and let the celebrations beGIN!

END_OF_DOCUMENT_TOKEN_TO_BE_REPLACED

COMMUNITY IS WHAT MAKES US GREAT! A new mentorship program is in the works and will change the way bartenders will present themselves in the future. Want to find out more about Brent Perremore's program, visit the link...

END_OF_DOCUMENT_TOKEN_TO_BE_REPLACED

Are you a gin connoisseur? A ginthusiast? It’s World Gin Day on Saturday 12 June, and in celebration of one of our favourite spirits, we’ve put together some fun facts about gin that will help boost your gintelligence. The bigger the glass, the better the taste.Use a...

END_OF_DOCUMENT_TOKEN_TO_BE_REPLACED

We've shaken things up around the Thirst HQ recently, and are excited to announce that we have an incredible new Cape Town team! Meet -  Jean Huddy, Daniel Graham and Chantel Barnard. Each brings a wealth of experience,...

END_OF_DOCUMENT_TOKEN_TO_BE_REPLACED

International Whiskey Day: 8 things to know about Whiskey   You might enjoy drinking whiskey — but how much do you really know about it? In celebration of international whiskey day on 27 March (Not to be confused with World Whiskey Day on 15 May), we have...

END_OF_DOCUMENT_TOKEN_TO_BE_REPLACED

We’re thrilled to announce that Thirst’s Cape Town operation is now under the leadership and guidance of our original founders Clyde Ackerman and Rael Lasarow. With over three decades of combined experience in the mobile bar and entertainment industry, we’re...