Everything you’ve ever wanted to know about S.A Craft Beer 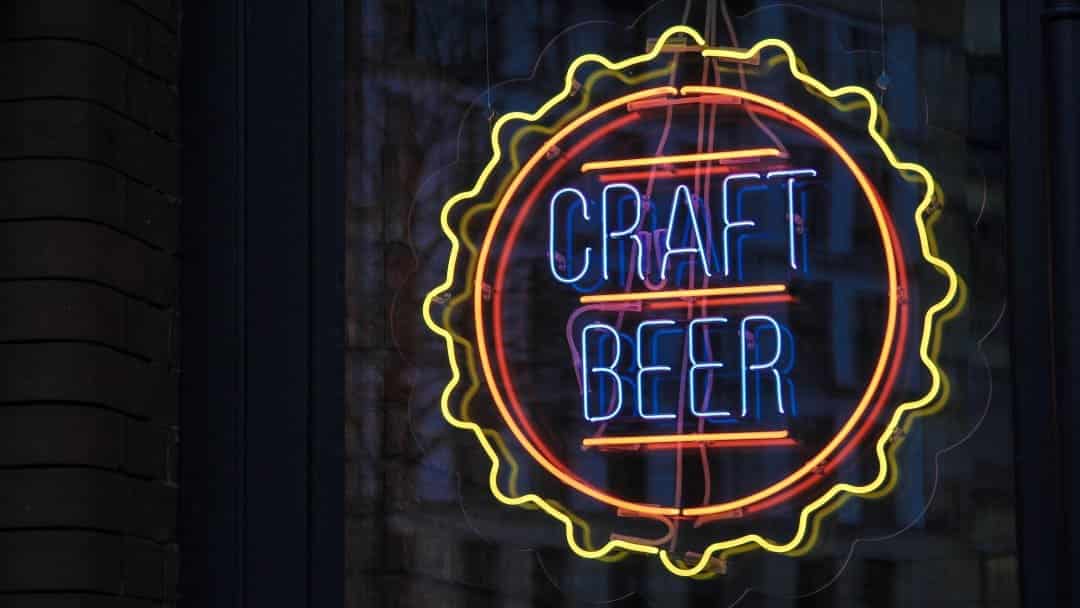 South Africa’s craft beer industry has come a long way in a short time. The 1st micro-brewer in SA to turn commercial was Mitchell’s Brewery in Knysna in 1983. But it wasn’t till 2013 when this craft beer craze really began to take its form, with tons of microbreweries popping up all over SA.

This sudden surge in revolutionary new beer flavours left people wondering if this was just another fascination turned fad or something that would change the alcoholic beverage industry as we know it.

More than 150 craft breweries and numerous local and international awards later, we can safely say now is the best time in South African history to be the ultimate craft beer lover.

WHAT MAKES A BEER A CRAFT BEER?

The main difference between craft beer and normal beer is in the name – it is crafted instead of manufactured. The term “craft beer” was first used in the 1970’s to describe a new age of small breweries that used traditional methods to brew cask ale – ale that is unfiltered and unpasteurised, brewed and served from a cask without additional nitrogen or carbon dioxide pressure.

Craft beer, also known as an artisanal beer, is made by individuals or independent breweries in smaller quantities. Craft brewing also makes use of weird and wonderful ingredients which aren’t often found in mainstream beer production, for example, berries, chocolate and honey. The focus of industrial beer is less on unique flavour and more on getting as many beers out their factory as possible. While we all still have our industrial favourites, there’s something very special about a good old craft brew.

We love our clients and that’s why we go the extra mile by personalising events according to your needs. That includes stocking your favourite drinks and or creating a full-on theme suited to the occasion we also have various craft beer bar structures on offer. Having Craft beer at your event is a great way to keep your party ‘hopping’ and here’s why:

1. LARGE VARIETY
No matter what the occasion, food, time of year, time of day – there’s a craft beer for that. One of the great advantages of craft beer is that there is no limit to the imagination. Every single craft brewery makes its beer in its own special way with its own special ingredients. Part of the fun is trying different craft beers from different breweries and areas around South Africa. This is also a great way to get your guests interacting and sharing thoughts on all the unique flavours.

2. BETTER INGREDIENTS
Craft beer is known for experimenting with organic and high-quality ingredients. The brewers are more passionate and focused on the quality of their beer. Whereas the bigger breweries tend to deliver a product that is focused on one specific flavour that they have mastered and perfected over time. Some bigger breweries do focus on innovation of ingredients, however, they may not have as much leeway to experiment as a microbrewery would.

3. A GREATER ALCOHOL PERCENTAGE
Most craft beers range from 5-10% abv (alcohol by volume), but some craft beers can reach between 10-30%. Whereas our normal local beers usually don’t go above 6% abv. Drinking craft beer means fewer beers overall and fewer calories. This mimics the strength and alcohol content of Belgian and German beers, giving it an authentic style.

4. CRAFT BEER AND GOOD FOOD GO HAND IN HAND
Like wine, different craft beers can completely change the flavour profile of a meal and take the experience to the next level. Why not go for a full-on craft beer experience at your next event, to create an explosion of flavours worth talking about.

5. SUPPORT SMALL LOCAL BUSINESSES.
There is a lot that goes into creating a delicious artisanal beer especially when you are up against well-established giants. Drinking craft beer is a great way to promote entrepreneurship and show your support for passionate locals who take care in the crafting process. Check out this list of Getaways rated top 10 craft breweries in S.A., including:

It looks like craft beer is here to stay after all. And by the looks of things, it’s only going to get better. Take your next event up a notch by showing off some of the best artisanal beer South Africa and the world has to offer. Cheers!

END_OF_DOCUMENT_TOKEN_TO_BE_REPLACED

COMMUNITY IS WHAT MAKES US GREAT! A new mentorship program is in the works and will change the way bartenders will present themselves in the future. Want to find out more about Brent Perremore's program, visit the link...

END_OF_DOCUMENT_TOKEN_TO_BE_REPLACED

Are you a gin connoisseur? A ginthusiast? It’s World Gin Day on Saturday 12 June, and in celebration of one of our favourite spirits, we’ve put together some fun facts about gin that will help boost your gintelligence. The bigger the glass, the better the taste.Use a...

END_OF_DOCUMENT_TOKEN_TO_BE_REPLACED

We've shaken things up around the Thirst HQ recently, and are excited to announce that we have an incredible new Cape Town team! Meet -  Jean Huddy, Daniel Graham and Chantel Barnard. Each brings a wealth of experience,...

END_OF_DOCUMENT_TOKEN_TO_BE_REPLACED

International Whiskey Day: 8 things to know about Whiskey   You might enjoy drinking whiskey — but how much do you really know about it? In celebration of international whiskey day on 27 March (Not to be confused with World Whiskey Day on 15 May), we have...

END_OF_DOCUMENT_TOKEN_TO_BE_REPLACED

We’re thrilled to announce that Thirst’s Cape Town operation is now under the leadership and guidance of our original founders Clyde Ackerman and Rael Lasarow. With over three decades of combined experience in the mobile bar and entertainment industry, we’re...